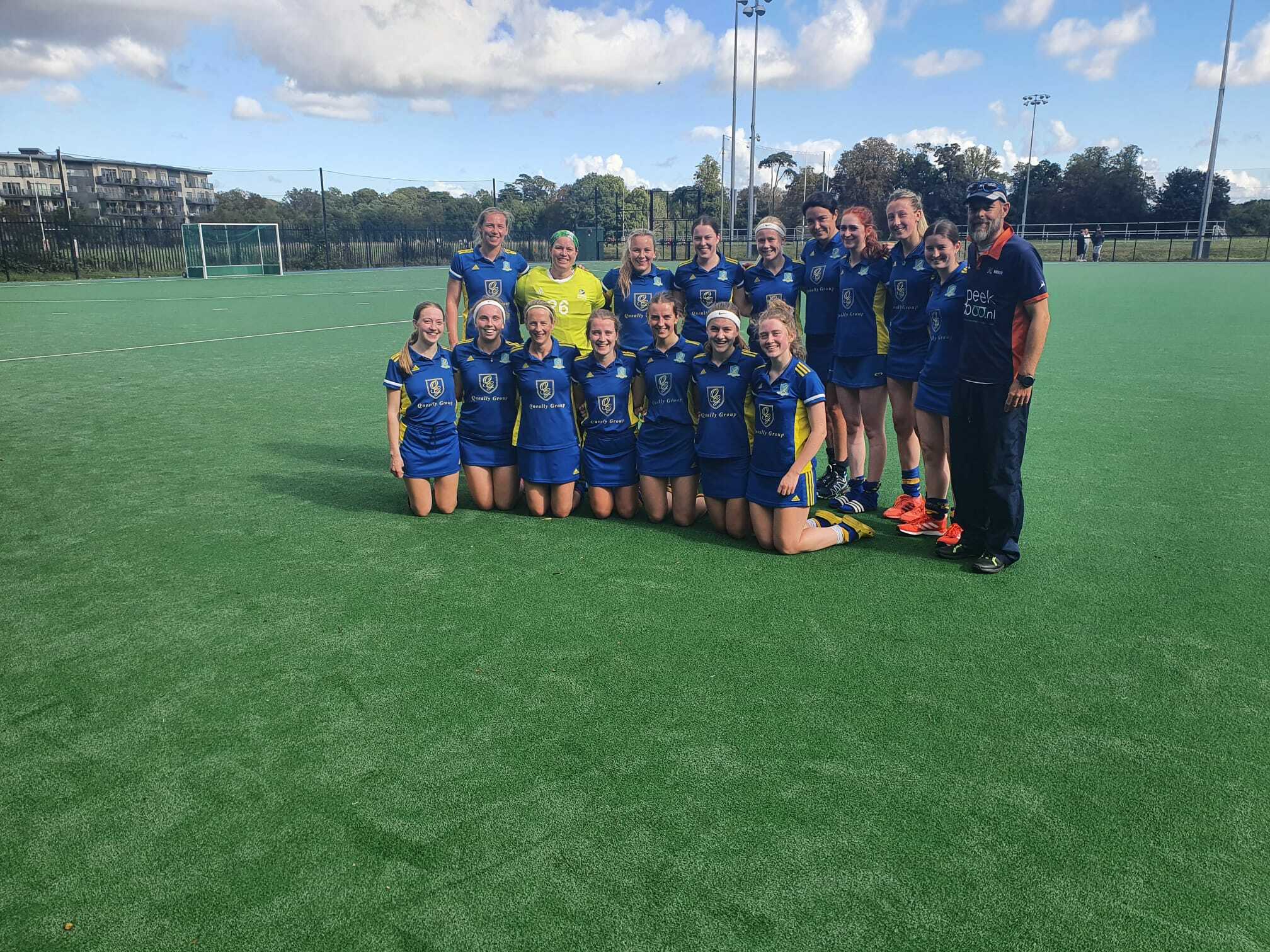 Ladies 1’s played against Clontarf in a nail-biting, hair-raising match. The match started late but that didn’t phase us, as we we were 1-0 at quarter time thanks to Amy Hancock’s unstoppable drag-flick. With Lucy Small flinging overheads, and a high pressure press the rest of the half was played in their quarter of the pitch. A PHENOMENAL bit of skill and a goal from Vicky Ronaldson and put us 2-0 up, followed by another goal from Amy Hancock who was on FIRE for it to be 3-0 at half time. Fair play to the Clontarf goalie though because shots were being taken constantly.

But that’s not all folks. The second half Clontarf came back swinging. A goal on the left post scored by a short corner allowed Clontarf to dominate the third quarter. Another goal from the clontarfers after a quick free had supporters on the edge of their seats, but the whistle blew and WE GOT THE THREE POINTS WHOOP. Final score 3-2 💛💙😎💪🏼