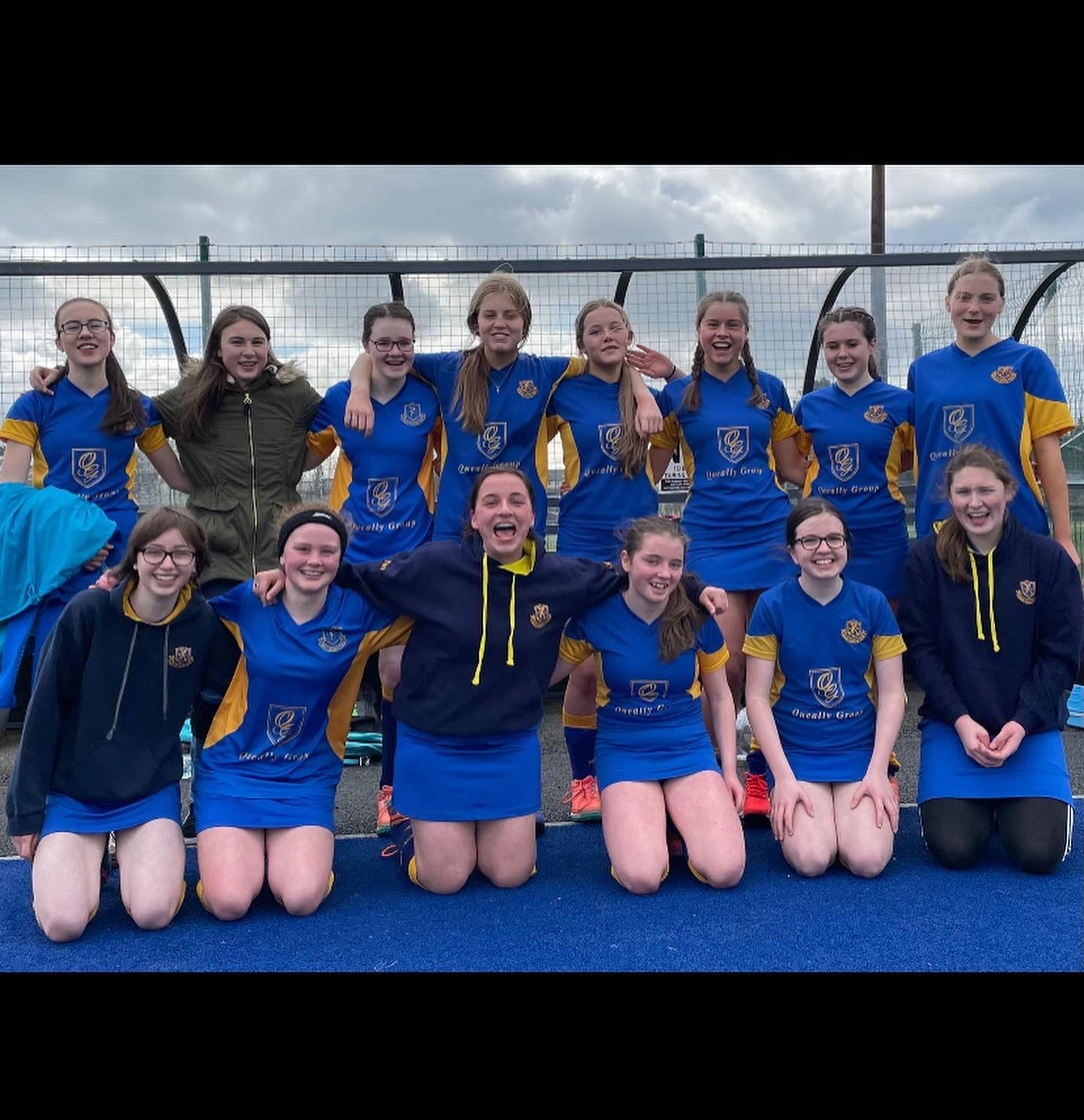 Huge Congratulations to the Naas 2nd Year Girls Squad who won the West Leinster trophy today. The girls beat Carlow in a good game up at the Naas pitch in Caragh Road. We are very proud to host the final and especially proud of all the squad and Coach Roy Fitzpatrick. The girls played their best hockey this season with fantastic passing and movement around the pitch ensuring a great win. Well Done Roy, Carly and all the U14 girls. 💙💛💙

Naas started strong from the off, attacking down the wings and attacking the Carlow goal. Nass went ahead in the early stages of the first half. Aoibhinn was making runs in behind the defence and latching on to through balls from the midfield, capitalising and scoring after great team work and sharp passing.

Aoibhinn was alert and sprinted after a loose ball deemed to be heading out at the end line, stopped it right on the line and got a cross in to Aislinn who then converted to make it 2-0.

Yet again Aoibhinn got on to the end of some great play from the midfield and finished to make it 3-0.

Nass defence was flawless and withstood a late attack from Carlow but great defending and determination kept Carlow out. Robyn in goals made some great saves to keep a clean sheet. An overall great performance by each and every team member but Aoibhinn edged player of the match.

A week of international hockey in Dublin June 18th to 26t...

The National Hockey Stadium, UCD will host an exciting we...

There is an upcoming Hockey Ireland Level 1 coaching cour...

Below is the link to view the current Leinster coaching v...

Huge Congratulations to the ladies 2s who won the Divisio...